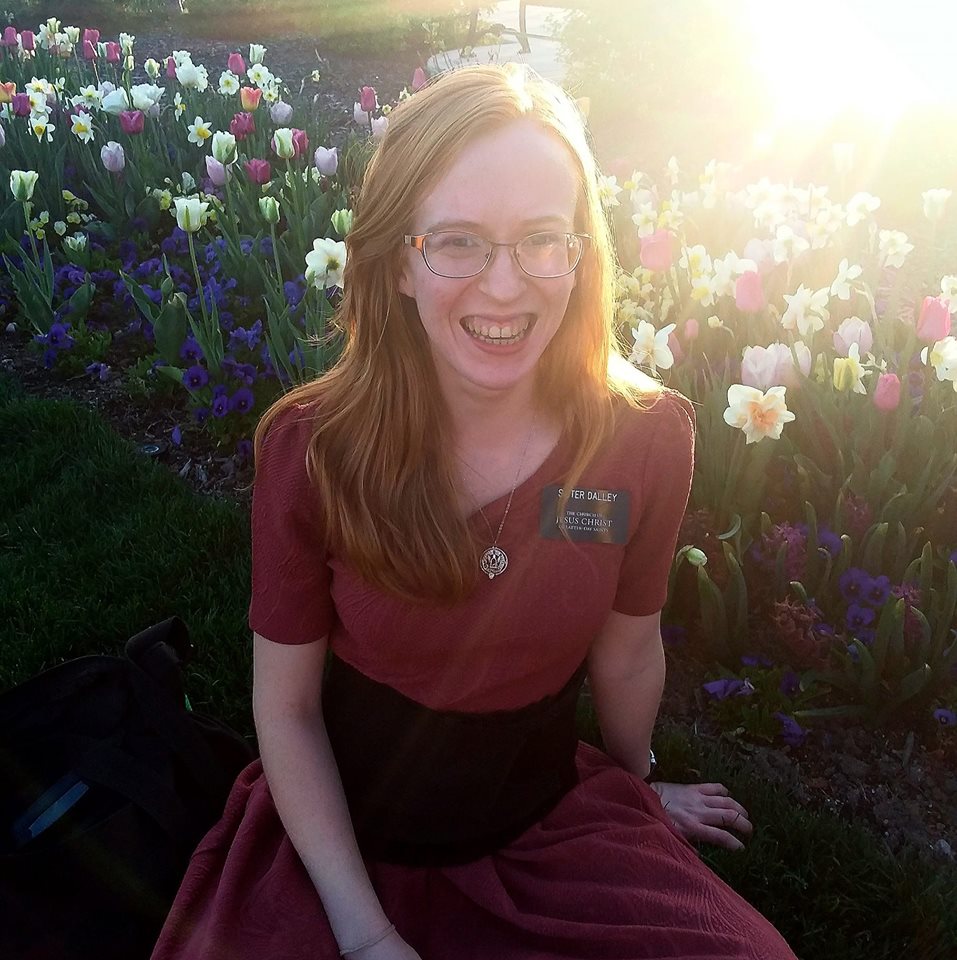 It’s been a long time! I am back, and I am so excited to get into the swing of things again!

As some of you may recall, from January 2017 to June 2018 I was serving a full-time proselyting mission for The Church of Jesus Christ of Latter-day Saints in the Utah Provo Mission. It was the most amazing experience, and I am so grateful for the people I was able to meet and the things I was able to learn. To learn more about what I was doing, visit lds.org. 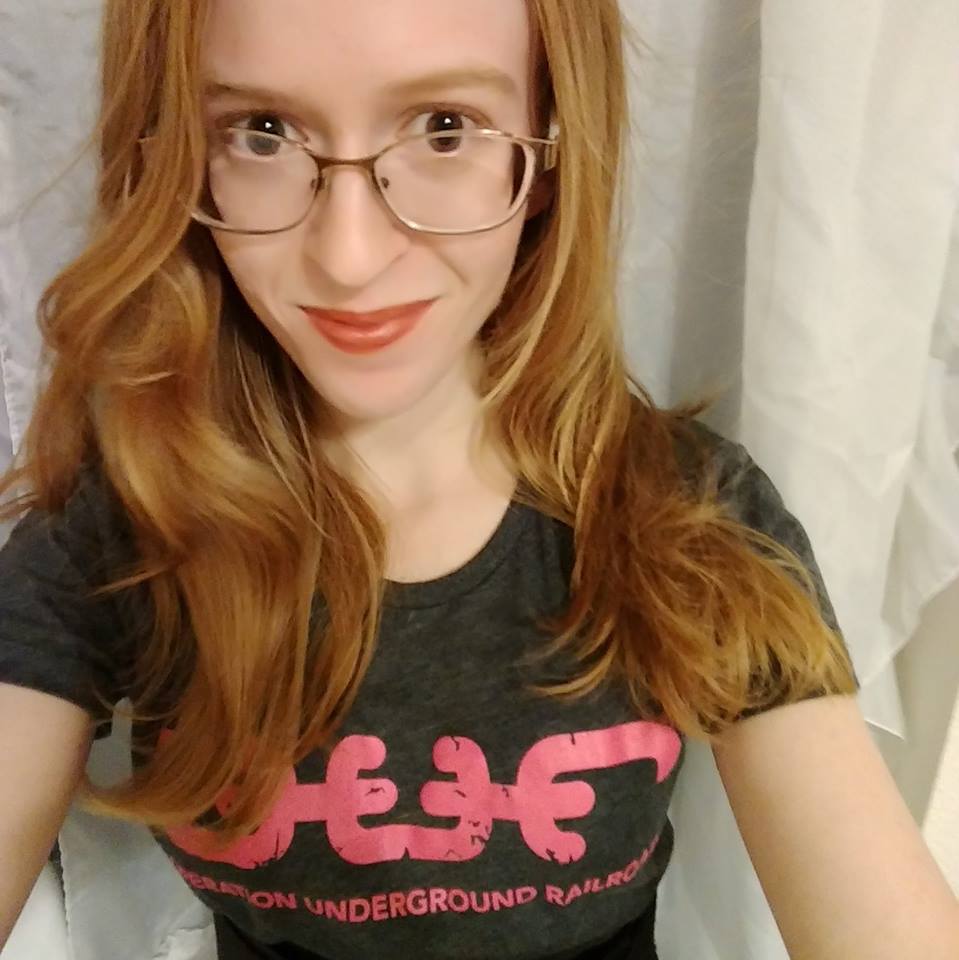 Since my return home, I’ve been readjusting to normal life. I was a nanny all summer (seriously the best job ever), and now I’m halfway through my first semester of Junior year at Brigham Young University – Provo. Yup, I fell in love with Utah while serving here, and so now I’m back! It’s great, because I get to visit people that I helped and worked with while I was a missionary here.

Since I already have my associates in science, I’m currently working on my bachelors in economics, and then I’ll be going to law school! I want to work as an attorney to fight sex trafficking. My life goal is to work for Tim Ballard of Operation Underground Railroad. 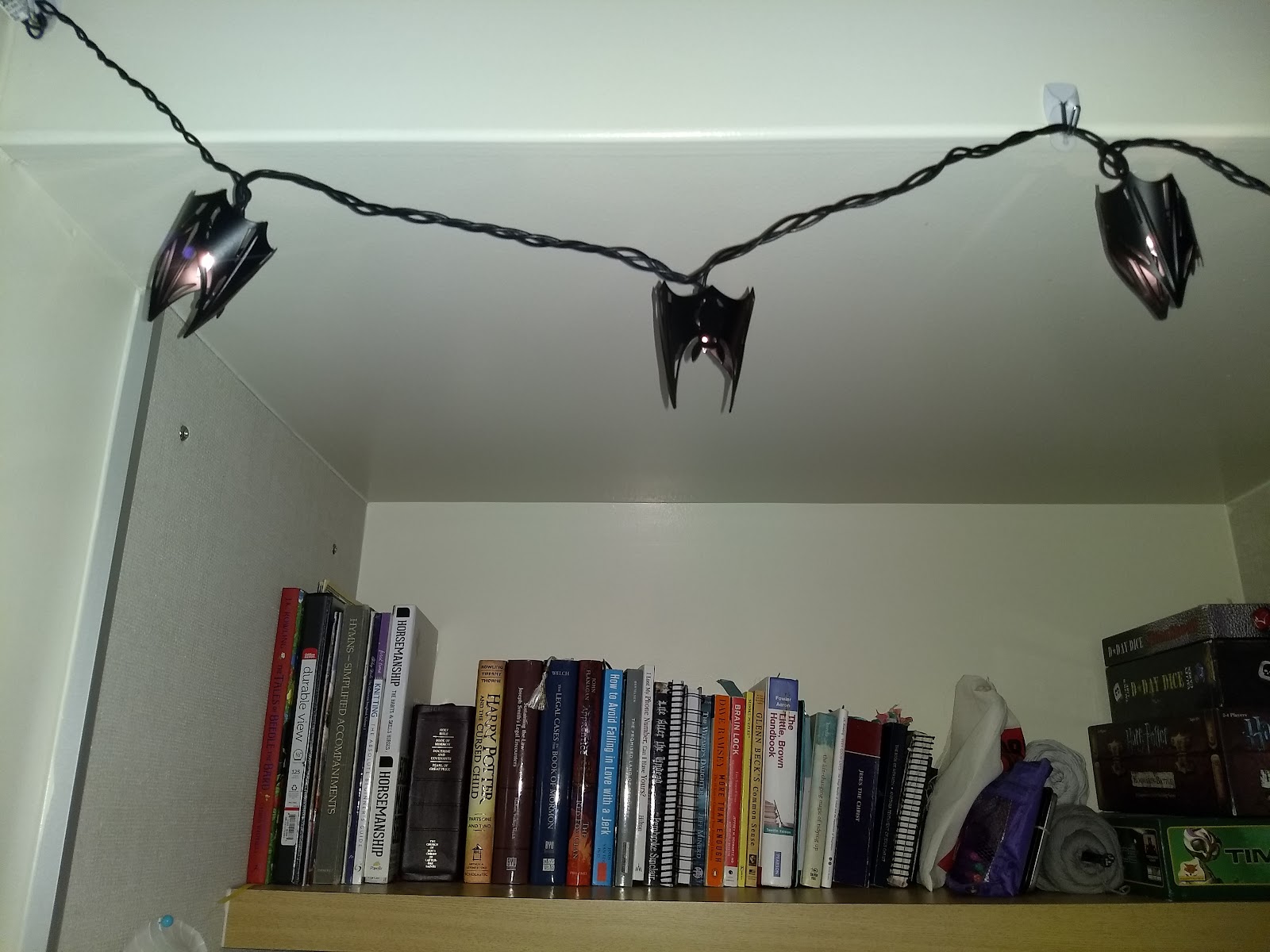 I really want to get as involved as I can in the book blogging world while still staying on top of my studies, so I would love to get caught up! What have I missed? What do I need to know about and get involved in! Unfortunately, textbooks have overtaken fiction novels as my primary reading nowadays. My college #Shelfie is kinda sad, but check out the cute bat halloween lights!

To my beloved authors: If you have sent me a book to read and review, please know that I have not forgotten you! Feel free to shoot me a reminder email (escapingrealitybookreviews@yahoo.com) if you would like, but I promise I am trying my best to get things done! I am so excited to read your work and share my thoughts about them!

Attention: This is a scheduled, pre-written, post. I will be serving a mission for the Church of Jesus Christ of Latter-day Saints Jan. 2017 through Jul. 2018, and will not be checking my blog email, or updating my blog during that time. (I may have some already written posts scheduled go live during that time, but I will not be active on my blog, and those posts will be entirely my own opinion, and not representative of the opinions or stances of the church).

Any book requests or other communication received in that time will not be responded to until after June 2018.

This is a scheduled post. I’m writing this on Nov. 28th, 2016, but by the time you’re reading it, the date will be Jan. 4th, 2017, and I will be entering the Provo Missionary Training Center (MTC) for The Church of Jesus Christ of Latter-day Saints (also known as LDS or Mormon). I will be in the MTC for three weeks, to help me become the best missionary I can be. I will spend a total of 18 months serving the Lord in Provo, Utah, and I could not possibly be more excited!

I am ecstatic to be able to share this exciting news with you!
I have been called to serve as a missionary for the Church of Jesus Christ of Latter-day Saints! I will be serving in the Utah Provo mission for a period of eighteen months, and I will leave Jan. 4th. I’m super excited! Being able to dedicate a year and a half of my life to serving God and His children has been my dream since I was about 6, and by the time you’re reading this, I’ll have already begun to live that dream! I am so thrilled to be able to share the gospel and help show people how much God loves them. This church makes me so happy, all I want is to be able to share that joy with all of God’s children.

The Book of Mormon: https://www.mormon.org/beliefs/book-of-mormon

The Purpose of Life: https://www.mormon.org/beliefs/purpose-of-life

My Favorite Song about Missionaries: https://www.youtube.com/watch?v=qzLE0W9geVs

As a missionary, I will be completely dedicating my life to serving others and sharing the gospel, and because of that, I will not be checking this blog, posting on this blog, or checking my various email addresses associated with it for the eighteen months I am serving as a missionary. I will try and write as many posts as possible before I leave, so that I can schedule them to go live while I’m gone, but I will not be reading comments / responding to emails / etc., for the next eighteen months!

Thank you all so much for the support over the past 4 years of blogging, I’ve loved every moment of it!

See ya in eighteen!

“And we talk of Christ, we rejoice in Christ, we preach of Christ, we prophesy of Christ, and we write according to our prophecies, that our children may know to what source they may look for a remission of their sins.” – The Book of Mormon: Another Testament of Jesus Christ, 2nd Nephi 25: 26

Summary: David W. Patten was one of the most influential and dearly-loved leaders of The Church of Jesus Christ of Latter-day Saints in its formative years of 1832-1838. Patten joined the Church in 1832 and was immediately sent on a mission. He soon performed his first priesthood healing, and word quickly spread about his ability to heal the sick. People approached him daily to be healed. Over the next six years he served eight missions, where he blessed thousands of people and baptized hundreds into the Church. Patten was the Captain of the Cavalry of the Mormon Militia at Far West. He led his men in assisting families driven from their homes during the Missouri persecutions, earning the nickname of “Captain Fearnot” among his people. On October 25, 1838, he commanded the Mormon Militia against anti-Mormon forces at the Battle of Crooked River. Patten was mortally wounded during the battle, but his legacy of faith in Jesus Christ lives on.

My Review: I don’t really know how to properly express my love for this book, and for the man who is at the center of it. Almost 12 years in the making, ten years of research and eighteen months of writing culminate into what many (myself included) consider the single best biography of David W. Patten that has ever been written. Easy to read, Sister Whiting wrote with incredible power and authority, and I was never bored.

The writing style was engaging, with easily accessible chapter end notes, and very factually told. It was clearly organized chronologically, and you never get lost amid dates (something I have experienced in other biographies). It is clear that historical accuracy was the single most important thing in the writing of this biography, and that is an admirable feat. I have read far too many biographies where the author is more interested in making the stories sensational and fun, than they are in telling the truth. Luckily for Sister Whiting, David W. Patten’s life needs no exaggeration. He baptised hundreds of people, and healed thousands. The personal accounts contained within this book touched my heart, and warmed my soul.

Content Advisory: True accounts of horrific persecution, abuse, and war. Told factually, but there is still some intense violent content.

To Sum it Up: President Lorenzo Snow commended every person to an honest study of the life of David W. Patten, and Linda Whiting is comprehensive, engaging, and inspirational in her writing of that story. If you have any interest in reading a biography of the first apostolic martyr of this dispensation, THIS is the book you need to read. It was worth every penny I spent on it, and so much more! David W. Patten is truly an apostle of the Lord Jesus Christ. I know that he was called of God, and that his work continues to this day.  David W. Patten is my hero. Buy your own copy of this biography HERE.

Learn more about what he taught, and what I believe, here: http://www.mormon.org/ and here: https://www.lds.org/

I decided to join the fabulous #booksarentdangerous campaign! For every picture posted, a book is donated to underfunded schools and libraries. You are supposed to post a picture of a book that changed or saved your life – so I decided to do both!

This book is my most treasured possession. What’s it about? It’s all in the title – “The Book of Mormon: Another Testament of Jesus Christ”. It is the ancient record of the people – written by the prophets – in the Americas before, during, and after Christ’s ministry on earth. I have read this book many times, and have felt God’s precious assurance of its truth and importance more each time. I know this book a true record.

“And if ye shall believe in Christ ye will believe in these words, for they are the words of Christ, … and they teach all men that they should do good.”2 Nephi 33:10

I know that it contains God’s word for his children everywhere, and that it was translated under His direction, for the good of all humankind. It really is “the most correct of any book on earth”. I love it more than words can express. If you haven’t yet read it, or haven’t read it recently, please do. It can be accessed for free here. Learn more about The Book of Mormon here! Or request a FREE copy here! ❤❤❤

Who am I, Hedwig?

Howdy y'all!
I’m Lynette, owner and writer of Escaping Reality – One Book at a Time. I’m 21, a college junior at BYU, and a proud Texan.

My primary focus is on publicizing indie and self published authors and novels. I love to support local and independent authors. Know of a book I should read or review? Let me know!

Join 669 other followers
Follow Escaping Reality – One Book at a Time on WordPress.com

Check out my most recent reviews on Goodreads

While you’ve been gone…

The Fantastic and Mundane Chronicles of an Aspiring Writer

lxyria.wordpress.com/
A Ruined Chapel by Moonlight

On Politics, Entertainment and Culture

Where the magic lives on...

Submit your film, screenplay, novel, to the festival and get it showcased at the FEEDBACK Festival. Full Feedback on all entries.

trust me, you'll love this!

The Aroma of Books

all our lemmony things

for when life hands you lemons